Greetings vaqueros! Today we are looking at some old Heroquest and Talisman plastic chaos warriors that I have converted for use in various game systems.


Wynstan the Wyrd, champion of Tzeentch 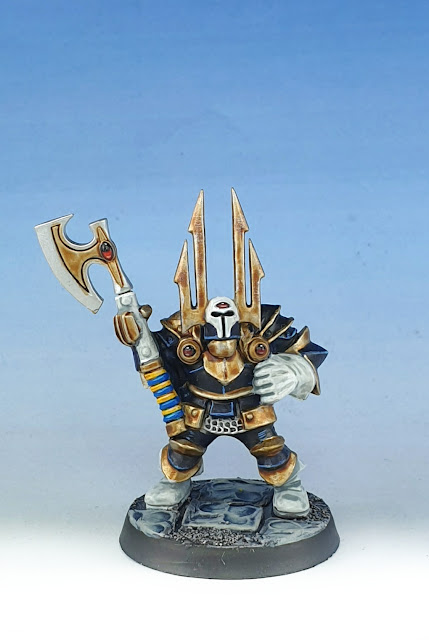 "Well well well", Wynstan the Wyrd chuckled, as the small group of adventurers spread out before him, weapons at the ready. "You have appeared at the appointed hour, just as it was written, so it has come to pass..."
The barbarian glanced sideways at the elf, who was frowning at the blue and gold armoured chaos warrior. "How could it have been written?" the elf queried, "Ten minutes ago we were at the pub, we had no plan whatsoever to come here, the dwarf fell down a small to medium sized gully and accidentally found the entrance to this place. It was completely random and unpredictable!"

"That's just lazy," muttered the elf, "you could say that about literally anything and sound cool and inscrutable."

"The ways of Tzeentch are not yours to understand!"

A bat hanging from the roof of the dungeon took a messy shit on the warrior of Chaos, splattering his fine golden pauldron with warm wet guano.

"Did you see that one coming?" the elf snickered as the barbarian bellowed with laughter and the dwarf snorted into his beard. "Was that part of Tzeentch's great plan?"

"I HATE YOU GUYS" screamed Wynstan and stormed off to the library to pen an angry entry in his journal. 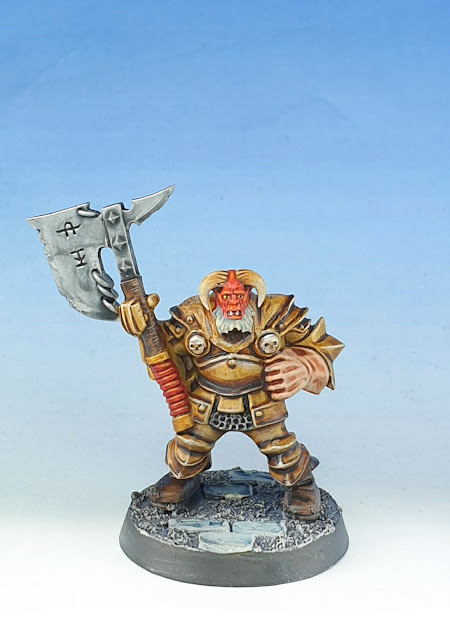 Hackdar Bullockbrow roared a lustful roar of merry rage and attacked forcefully. The young mage ducked another swing of the huge axe wielded by the red faced bestial chaos warrior and fell backwards, sweating and terrified. As the horrifying monster held his axe aloft for a mighty finishing blow, the mage raised his hand and stammered pleadingly.

"Please, mercy I beg you! Don't you ever wonder if there is more to life than the killing, the slaying, the endless letting of blood?!"

"NOOOOOPE" replied Hackdar and clove the mage in twain from crown to bollocks. 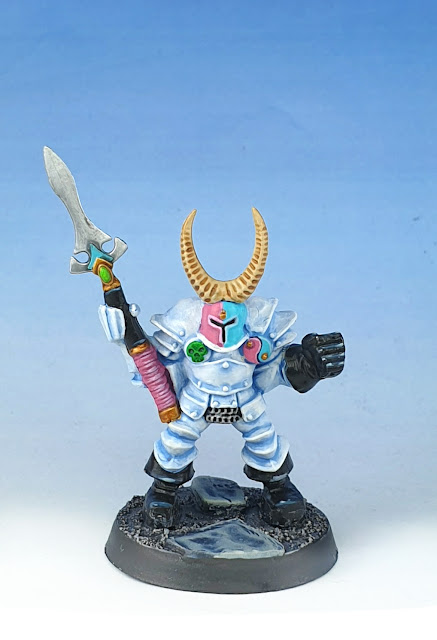 The dwarf carefully wriggled his lockpick and heard the satisfying click as the door unlocked. He turned the handle and eased the portal open. He peered through the gap and gasped as he saw the hulking figure of a white-armoured chaos warrior looking right at him, the featureless black eyeslits on it's helmet betraying no thought or emotion. Stunned, the dwarf licked his suddenly dry lips and prepared to call his companions for help.

"Don't say a word baby," the warrior's voice was a sultry, androgenous whisper. "It's just the two of us, you seem good with your fingers, let's have a little fun, I've got toys, baby oil, magazines, whaddya say, let's fool around some?"

The dwarf opened his mouth, and closed it again. He opened it again and tried to speak but words eluded him.

"Mmm that's it, yeah, work that hairy little mouth of yours. I wanna grab that mustache and MMM." The chaos warrior worked the handle of his glaive furiously as he thrust his hips foward repeatedly. "I wanna wear you like pants. I wanna be in you."

"I... I... have... to..." the dwarf stammered, then flung down his tools and weapons and fled, never to stop running ever again. 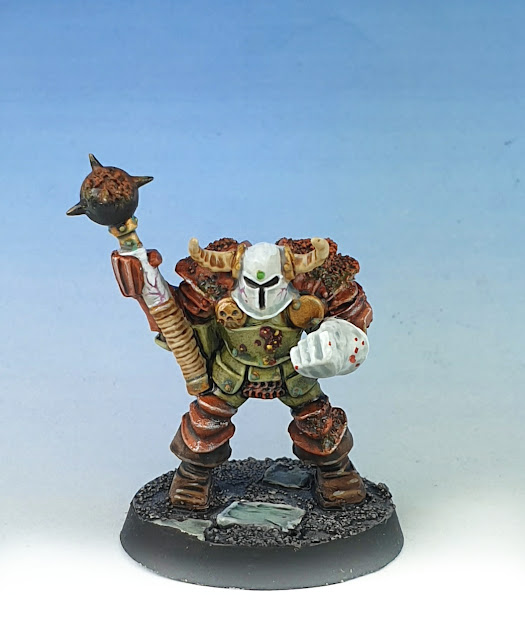 The elf wrinkled his delicate nose. There was a foul stench in the air in this level of the dungeon. "Tread warily my friends," he said in his lilting tones, "something taints this place with sorceries most foul!"

"Ya wanna talk foul sorceries?" a voice echoed up the passage, "I tell ya, those burritoes I ate last night have given me real mud butt. I could shit through the eye of a needle at ten paces."

"Show yourself, fiend!" cried the elf, holding a silk handkerchief to his nose as another wave of colonic horror hit them. The mage gasped and retched into a discarded helmet.

"I'm on the can mate so you'll have to wait," came the voice, followed by a sound like someone pouring a bucket of mud down a flight of stairs. "By the Ruinous Powers, this ain't stopping! I'm like a ripped bag of peat moss!"

The stench in the corridor was getting so thick the barbarian tried to attack it with his broadsword. The dwarf stoicially vomited into his beard and stumbled backwards towards the stairs, clutching at the walls to steady himself. The mage slipped in a puddle of his own spew and fell face first into it, making him vomit again, harder. The barbarian lost his lunch as he surrendered the fight, puking on the dwarf's head as he ran, while the elf dabbed his hankie desperately at the technicolour yawn that stained his expensive satin pantaloons. The adventurers clawed past each other in the rush for the exit, crying and hurling as they went.

When Peter Pustulethwaite, champion of Nurgle, finally emerged from the shitter, he looked up and down the vomit-streaked corridor approvingly. "I like what they've done with the place," he nodded, before strolling off, whistling.

So there you have it vaqueros, four chaos warriors to use in games of HeroQuest or whatever you please. They were a lot of fun to convert and paint - the Nurgle warrior was actually dropped in a pot of basing sand by accident right after getting a coat of wash on his armour and I liked the effect so much I sealed it on and painted over it. Serendipitous!

And what's next? Well followers of Chaos aspire to greatness, and there is nothing greater than a greater daemon, amirite?? 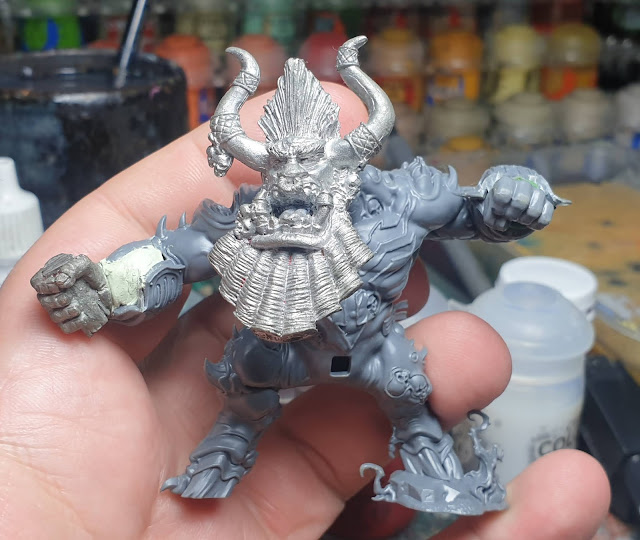 Adios for now!
Posted by Captain Crooks at 20:45